The inaugural SIT-UP Award has gone to Christina Murdock for her production Dangerous Giant Animals currently wowing audiences at Underbelly. It is based on her experience of growing up with her disabled sister. The £5,000 Award will help the production to further promote its message and improve its engagement with audiences and relevant charities. 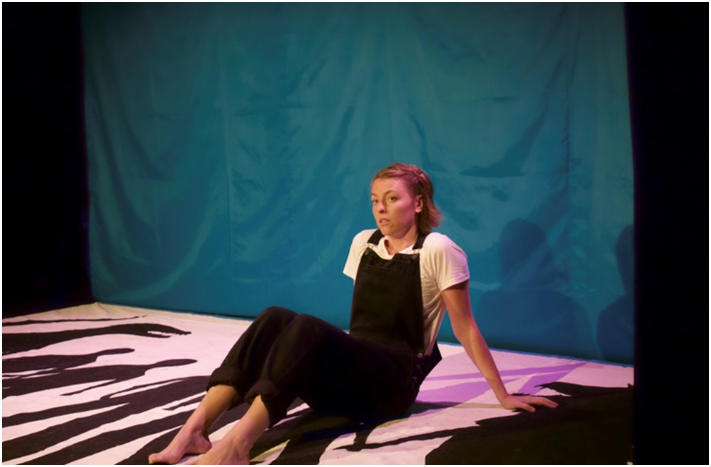 A panel of judges, made up of arts and charity professionals, decided that Dangerous

Giant Animals poignantly shone a spotlight on events that are rarely discussed as they happen behind closed doors but which have a profound effect on the relationship between those with disabilities and their carers.

Dangerous Giant Animals tells the story of Christina’s relationship with her younger sister who has severe disabilities and the impact it has had, and still has, on her life. Her solo show was created with the help of a modest production team and supported by Christina’s personal crowdfunding campaign. After the show, Murdock greets members of the audience with a badge and an opportunity to write their own response to the issues raised for her display board. She also listens to her audiences’ own stories. Her publicity material contains contact information about the sibling carer support charity, SIBS.

It is estimated that there are 500,000 young people in the UK with a disabled sibling, many of whom also act as carers. There are around seven million carers in the UK, with three in five people being carers at some point in their lives. The stresses on carers and family members too often remain unspoken, and this play provides a special insight into this issue in a thought-provoking and emotional way.

Christina Murdock said: ‘My goal in writing and performing Dangerous Giant Animals was to share my personal story to bring greater awareness, empathy, and attention to the world of disability, especially from the sibling perspective. I wanted to shed light on a topic that is rarely spoken about, and yet plays a huge part in my life and in the lives of so many others.’

Christina added: ‘My hope is that my show will start more conversation about the complexities of care taking and disability in order to provide more support for those in need. I’m excited to work with SIT-UP on making sure this story reaches people across the country and the world; I want them to know they’re not alone.“ 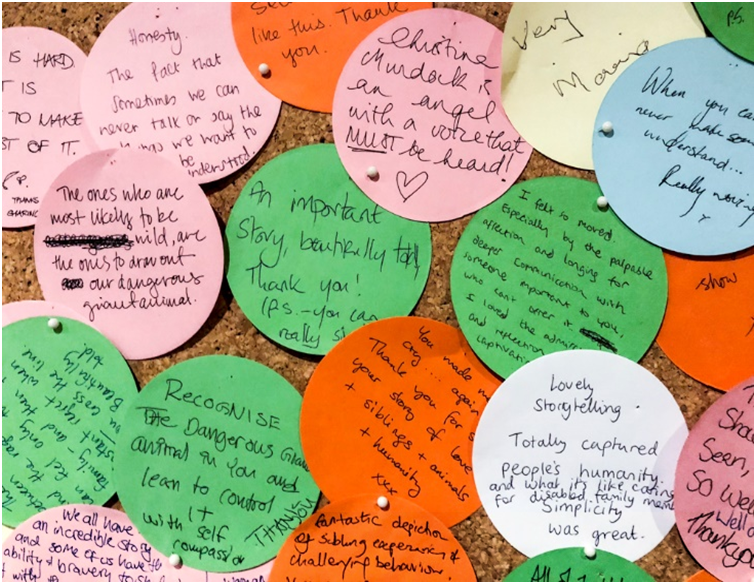 Over the last three weeks, our judges attended a number of shows with themes ranging from racism to mental health, sexual harassment to domestic violence. They agreed the quality of the work was high and have also decided to issue an additional Special Commendation Award worth £1,000 to Strictly Arts’ production of Freeman, a play which passionately explores, racism, generational trauma and mental health in prisons.

during this year’s Edinburgh Festival Fringe. Theatre has the power to communicate

directly to audiences in a unique way and the SIT-UP team looks forward to working with both these companies, and many others, to bring more issues to light and to challenge and change people’s perceptions.

The judging panel were also informed by the result of audience polling at the short-listed shows. Dangerous Giant Animals was voted by audiences as the most powerful play.

David Graham, founder of SIT-UP said: ‘Theatre can change attitudes. The aim of giving this prize is to enable a production to have wider social impact beyond the Edinburgh Fringe. We are now planning to help Christina Murdock and the charities with whom she is working’.

Celia Tennant, award judge and chief executive of Inspiring Scotland said: ‘Dangerous Giant Animals is a wonderful and warm personal account of growing up with a sibling with disabilities. I was full of empathy for Christina, her sister and family. There is much to inform us and how we support carers and their families with empathy and understanding.’

Jez Bond, founder and artistic director of Park Theatre said: ‘It was a pleasure to be a judge at this year’s festival. I was particularly blown away by two of the shows, which so deserve recognition and a wider audience. Dangerous Giant Animals and Freeman were two of the most powerful plays I’ve seen in a long time. Both were told with incredible passion and energy, and from such a personal perspective. Everyone should see these plays and talk about them.’