The Beatles Were A Boyband – an urgent and unapologetically feminine response to misogyny by Rachel O’Regan. The play directly calls on the audience to take action against everyday misogyny and the company provided links to resources for anyone affected by the issues in the play. 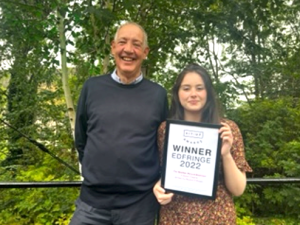 As part of their run at the Edinburgh Fringe, they launched the FemiFringe campaign to celebrate work led by women, enbies, femmes + feminists at Edinburgh Festival Fringe.